The party left the Crystal Conservatory and headed north to see the Vista of Visions.  On there way they tripped over some maggot ridden dead body parts.  They did a linked arm sweep of the tall grass and found the ripped of bodies of 3 elves (1 archer, and 2 swordsmen).  While sweeping, Tarrin stepped into the edge of a sinkhole and almost fell into a 100 foot deep cavern.  In the pit, they found 2 elves clinging to a rocky ledge of the cavern.  They lowered a rope and rescued an elven nobleman named Lanell, 2nd son of the House Gathrodeir, last of the Ancient Kindred of Finwe.  They also rescued a badly hurt elven archer, who was a hireling. Neither of them knew what killed the rest of their party.

The adventurers were hired by Lanell to retrieve an ancient family artifact (a sword) from the ruins of Unis Mythris.  Lord Lanell  turned out to be as ungrateful as he was arrogant.  The party sent him on his way, but not before he gave his rescuers an earful about the evils of tainting pure blood with humans and how utterly disgusting half breeds were.  Terrin also learned that his eldest brother had recently courted an elven lady named AIree, first of the house Gaidreith, last of the ancient kindred of Faelwen.  This apparently was a major scandal amongst the elven nobility.  It certainly was something of which Lanell disapproved.  After the party realized they could neither glean any more information from, nor tolerate the presence of, Lanell, they showed incredible restraint and sent him home in his skivvies.

The party continued on to the Vista of Visions, which was a broad thoroughfare lined with the ruins of the statues of various famous elves from days long gone.

The clanging of metal on metal could be ignored no longer, and the party headed east to the Ravanyiel Smithy. Here the party dispatched a small party of drow that seemed to observing the repeated ritual of a long dead weapons smith.  They realized that, though the pattern was exactly the same, the ghostly ritual yielded various tangible results.  The party must now assess the treasure trove and figure out their next move. 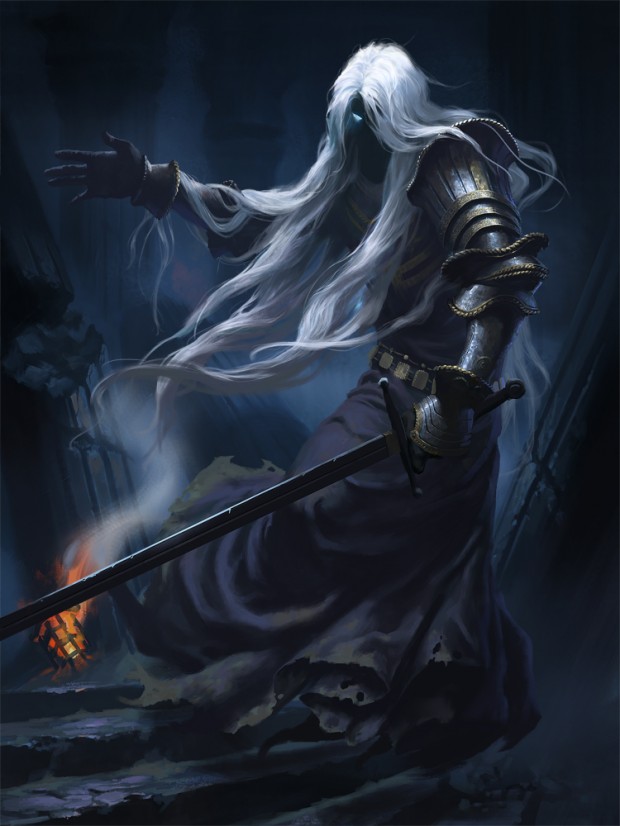