The Skaldian town of Ruske became a hotbed of arcane activity.  In the early hours of the morning, the party awoke to the creaking wings of a skeletal dragon and its gas attack.  As they leapt into action, they soon realized that the attack came from three fronts: a skeletal dragon, an undead horde, and Gah-Dreel’s spawn…the Nephilim.  Our heroes successfully split their strength and dispatched the foes.   Mara banished the dragon’s lifeforce back to its plane, Veriliegh and Azrael fought off the Horde, and the rest of the group destroyed Gah-Dreel’s children. 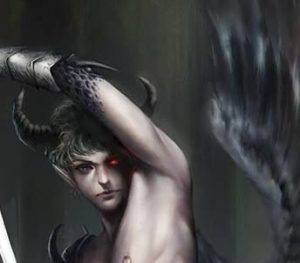 In the aftermath, the true scope of the devastation wrought upon the settlement was realized.  Tarrin rallied and reassured his people, while the rest of the party helped rebuild and investigate.  Andolin and Azrael followed tracks from the graveyard to an area of teleportation, while Veriliegh settled in the graveyard to begin her rituals to contact the realm of the dead.  When the trackers returned they were horrified to find her dead, but with no wounds.

Veriliegh’s body was carried back and kept alive by the combined talents of Mara and Selena, but the group could not bring back the witch’s consciousness.  Appealing to the The Völur proved fruitful.  Azrael had to much to explain, but in the end the coven was sympathetic and even offered to help them bring her back.  Unfortunately, bringing Veriliegh back meant people would have to die. 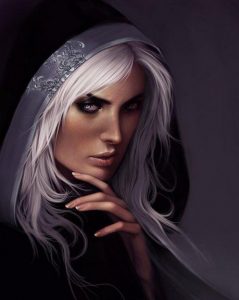 Andolin and a young witch, named Simone Windcaller, stepped forward to sacrifice themselves.  Azrael and Kremzeek gave them both a quick death, and the party waited the tense 60 seconds that marked the longest they could wait before the cleric and monk  resurrected the bodies.  Andolin came back with Veriliegh, but the Simone’s sacrifice was final.  The Völur now number seven.

Fearing that the dark forces gathering against them were unchecked and growing, the party decided to use their magical latch to head to the borders of Karafey to gain the assistance of the Dwarves and Elves.  Thus, Andolin opened a portal to his 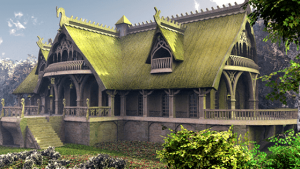 The Inn was packed.   Alessia Drinkstall’s clientele of elves, halflings, dwarves, humans, and even a goblin or two created a boisterous stew of activity.  Our adventurers must now contend with a host of attractive distractions and dangerous diversions.  Will they be able to break the hold the Children and their Master have over this area?   We shall see…