The Besotted Chimera offered only a short respite for our heroes, as Alessia told the party that apparently their Dwarven friend Malmiir waited for them behind the Inn.  Spencer used her shadows to check out the situation, sliding up unbeknownst to the Dwarf and slipping a dagger to his throat.  After a few tense moments, Malmiir was able to get Spencer, and then the rest of the party, to hear him out.  He informed the party that he had a Dwarven Regiment camped in the 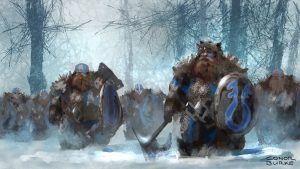 woods and they would be marching in the morning.  Azrael shared with him some of the Mage College’s nefarious plans, and Malmiir invited them back to the camp to meet with his commanders and share what was known of the enemy.  Leery of a trap, our heroes chose to meet back with him in a moment more of their choosing, and when Malmiir headed back his encampment,  Azrael followed.

While the monk did his reconnaissance, the party found they 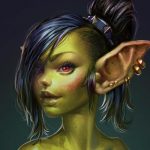 had some time to themselves.  Kremzeek, amazed to find another of his kind, stayed holed up in the Chimera’s backroom getting to know the young goblin, Blink, and her sad story.  Tarrin got to know a large stein of ale, while Veriliegh got to know the tavern staff.  She even offered an extra pair of hands to lighten their workload.  Spencer, still reeling from Andolin’s walk in the realms of the dead, found some much need comfort upstairs, 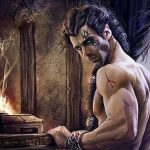 in the arms of her lover. The night had faded into early morning by the time Azrael returned.

As the party reconvened and discussed their next moves in the now empty bar, a bruised and bloody dwarf appeared at the door.  It seemed that Malmiir’s regiment had been set upon by the “Children,” and Malmiir and his warriors were fighting for their lives.  The party followed in their various stealthy ways, with only Tarrin visible to the naked eye.

Our heros came upon a deserted camp and a fallen Malmiir.  However, as Tarrin went to investigate, the trap was sprung and what the party really faced was an imposter and a squad 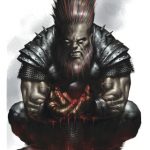 of mercenary Duergar.  Our adventurers fought bravely, despite taking heavy arcane damage from a slippery spell caster who seemed to blink in and out of sight.  Veriliegh and Kremzeek fired off spell after spell at  seven highly trained and enlarged fighters, as Azrael dodged their blows and attempted to protect his friends.  Tarrin, having been the one to wade into the scene first, found himself stuck in a tangle of netting and web.  However, it wouldn’t be long before the barbarian had broken free and in a full rage began turning his would-be captors into a bloody mess of limbs and entrails.

Spencer and her shadowselves did numerous rounds of missile damage, before taking a fireball, full on.  Badly burned and within an inch of her life, she retreated to the woods before continuing to fight.

When the battle was done, the party had managed to kill or run off all the Dark Dwarves, and Azrael had captured the imposter.  He turned out to be Malmiir’s stepbrother, Prince 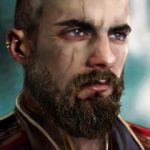 Thron Ironbreaker, third in line to the Throne of Tyr.  Veriliegh’s bone dagger was able to weedle a great of information from the young dwarven prince.  The party learned of the Dwarven queen’s capture of Malmiir and her plot to use her sons to impersonate him.  Prince Yimriick was in disguise in Tyr attempting to break up the revolution his Bastard brother had begun.  Prince Gald and Thron had been sent  as “Malmiir” to various locations to try and capture or kill our heroes to cull favor with the Mage’s College.  Kremzeek, frightened by the party’s tactics headed back to the Chimera, to check on his new protege and investigate his latest procured shiny object.

In the end, the party decided to heal and use the Prince, now missing a nose, as a bargaining chip.  Back at the Chimera, the party, exhausted, fell into a long rest to heal and replenish their powers.   Azrael penned a letter to Lady Ironbreaker, and a messenger was sent in the morning.

However, there wouldn’t be much rest for the weary, as our heroes had a church meeting to attend.

In the evening, Veriliegh and Tarrin headed to the tent service hosted by the “Children.”   Flanked and protected by their stealthy companions, the two did their best to blend in as the Faithful did their meet and greet.  Our adventurers watched the theatrics as the cultists attempted to amaze, astonish and engender the support of assembly.  A priestess named Engrile 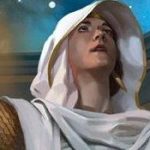 stepped forward with  a voice much larger than her diminutive frame.  Azrael felt his blood begin to burn as she delivered the Children’s latest message:

Arach has Risen, He has risen anew

The great Remaking is upon us, and the World is a fallow field awaiting His great Works

For what the Tyrant  tried to smother like weeds

The Oak, The Ash, The Pine, The Fig, the Alder: mighty trees, all spring forth again by His grace

And the Realms grow strong

As the Tyrant grows weak and his Diminishment begins

For in this great Era, Man will prosper in the warmth of Arach’s Good Will

And Man will enjoy the pleasures of this bounty

For He protects the Bullied and Unbelong-ed

For He works the great miracles of the Blood

For He leads the meek to safety

And Lo, the Ascendancy of the Realms will begin anew

Man will rise and strive

And it will be Known as the Time of Accretion

And as the Mighty Arach rises anew on this Earth, He lays bare His Truth

To the Faithful, he will show his True Form

To the Faithful, he will share his True Power

To the Faithful, he will reveal his True Name

The final days are here, The Children have found the Five Lost Sages of Skaldia

The final days are here,  The Children have gathered  the Five Lost Seeds of the Kingdoms

And From the Blood, The Faithful have seen the Bones of Arach rise to form his Host on Earth

And Lo, As Arach walks among us as Man and Dragon, together we will vanquish the Tyrant and the forces that seek to neuter and reduce us in the guise of equality and peace!

Faith is our Succor!

And as her voice rang through the tent, a growing number of followers answered her call and response:

And as two of Inner Circle belched forth a climatic spray of flame, Azrael found he could take no more!  Wroth with the smearing of the Ao’s name by these charlatans he snuffed out all the firelight in the tent, plunging the audience into darkness.  The tent held their collective breaths, then gasped as firelight, re-lit, revealed a sight truly awesome to behold.

White wings outstretched, golden skin gleaming, a twelve foot angel appeared before the astonished crowd, blotting out all else. Azrael had taken true form and the assembly fell to their knees.